Jack the Ripper, the London murderer who is famed for the terrible killings that he inflicted in the city, continues to intrigue people over a century later.

In 1888 in London, the streets were a much more dangerous place than they are today. With no close protection London companies, no CCTV and much lower security than we are used to today, it was the perfect place for a serial killer. 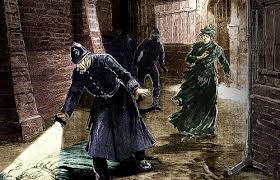 The London media at the time gave enormous amounts of coverage to the murders, hoping to get to the bottom of who was behind them. 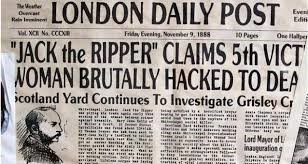 The victims of the gruesome killings attributed to Jack the Ripper were usually prostitutes and were around the Whitechapel and Spitalfields area. Many people believe that the murderer had a degree of medical knowledge because of the way he removed parts of the bodies.

Because Jack the Ripper was never caught and identified, the tales have caught peoples’ imaginations and the truth is also caught up in folklore and local hearsay.

At the time there were a lot of attacks on women in London, and it is uncertain how many were down to one individual, but of course this is the something that people still endeavour to find out!

The legend of Jack the Ripper attracts tourists and historians to London to this day, to hear all the gory details of one of Britain’s worst murderers, and hoping to find out more information, secrets and clues to help crack this terrible mystery.