Women’s football has been around for some time, so let’s take a look at 10 female players who are amongst the best in the world.

According to the Guardian, the Football Association wants to double the number of women playing and watching football by 2020. The governing body is to increase investment to get girls interested in playing the game.

A number of US female players are amongst the best of all time, including Abby Wambach, who scored 184 times in 255 matches. She retired at the end of 2015 and was part of World Cup and Olympic gold medal-winning teams.

Mia Hamm retired in 2004. She was in the team that won the World Cup twice and is in the National Soccer Hall of Fame; meanwhile, Michelle Akers, who retired in 2000, is also in the Hall of Fame after winning Olympic gold and the World Cup. Christine Sinclair from Canada is one of the best current players in the world and one of the top goal scorers of all time. Marta from Brazil has won many personal awards, such as FIFA’s Female World Player of the Year five times in a row. 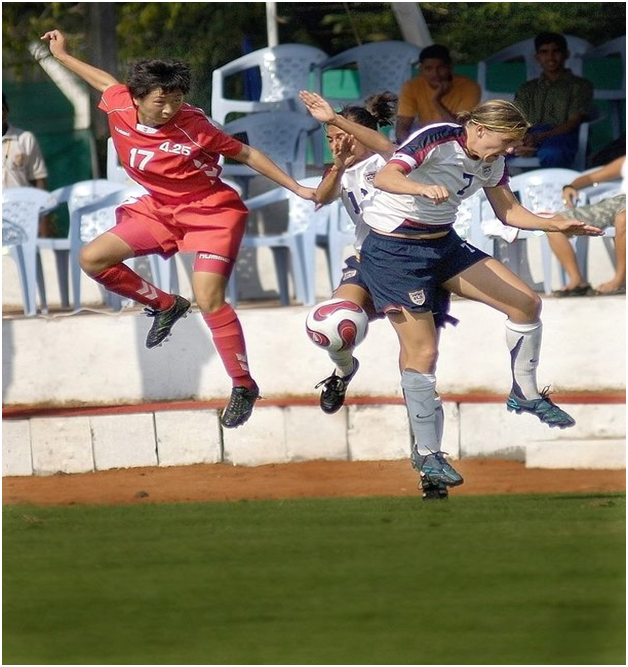 Europeans and the rest

Europeans and players from other countries are also a force to be reckoned with. Kelly Smith OBE, who retired in 2015, was the first female English player to make a worldwide impact on the game, while Nadine Angerer from Germany is one of the world’s best goalkeepers. Birgit Prinz, also from Germany, retired in 2011, but not before being named Germany’s player of the year eight times and FIFA World Player of the Year three times. Sun Wen from China and Homare Sawa from Japan have both helped to improve the chances of their respective countries in Olympic Games and World Cups.

The key to women’s success in football is going to be encouragement for girls to play football in schools and support from fans, from football kit suppliers such as https://www.kitking.co.uk, and from the national bodies responsible for the sport.

If those who can influence attitudes and views about women in football can work together, the FA should achieve its aim of doubling the number of women involved in the game by 2020.